Liquor Shop means how profitable the business of liquor shops can be in terms of earnings, it is estimated from this point. That no matter how much a man bargains in buying other necessary items when he reaches the liquor contract, he happily takes out the money from his pocket as much as he is asked. By the way, in a civilized and drug-free society, there is no place for alcohol i.e. alcohol, so the addiction to drinking is seen as evil. Despite this, even those who talk about ethics may consider alcohol to be the root of all evils, but the truth is that it is legally legal to start Liquor Shop Business in most states except a few states. That’s why today’s article is focused on this topic. However, for the distribution of liquor contracts in most states, a release for e-tender is issued by the Excise or Excise Department of the state government. According to this release, the persons wishing to open a liquor contract have to apply with a fixed fee. However, the process of obtaining a license and applying for starting this type of business may be different in different states. 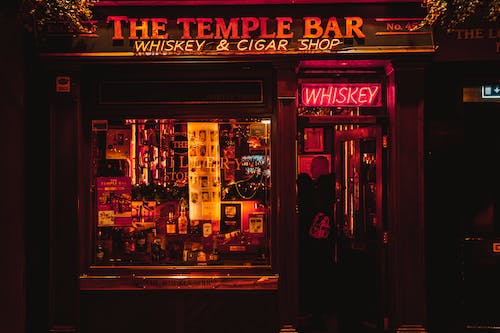 Although the rules related to Liquor Shop Business may be different in each state, it is often seen that almost the same documents are asked for in all the states. Therefore, whoever wants to apply for a liquor shop, has to make a habit of reading or watching the newspaper regularly.

Because by the Excise Department of the State Government, the release of liquor contracts are issued in the local newspapers, in which full mention is made of the license fee, the location of the shop and the earnest money, etc. And it is also mentioned that the applicant can apply offline or can apply online. To make this system corruption-free and transparent, in some states, applications are sought for this only online. Whereas in other states, the traditional way i.e. offline application can be done. Apart from local newspapers, the department also issues releases on its official website, so a person who wants to do Liquor Shop business should keep visiting the official website of the excise department of that particular state.

Required Documents to Apply for Liquor Shop business How to open a liquor shop?

Although we have also mentioned in the above sentence that the rules related to the sale, purchase, and distribution of liquor can be different in every state. Even though some states have banned liquor in the entire state, Gujarat and Bihar are examples of this. Therefore, it becomes necessary for every state to make its own rules and regulations related to liquor. That is to say, the types of Liquor Shop License can also vary depending on the state. But in most of the states, there are some similarities related to the rules, whose list is given below.

As far as a Liquor License is concerned, it can be divided into the following parts.

On License: This type of license is issued to those where the sale and consumption of liquor take place at the same place. Direct examples of this are bars, restaurants, hotels, courtyards, discs, etc.

Off License: This license is required when people buy liquor and take it somewhere else and drink it, direct examples of this are liquor shops or liquor shops.

How much money is needed to start a liquor shop

Often whenever a person thinks of starting a Liquor Shop business, the first question that comes to his mind is how much money is required to open a liquor shop, that is, to get its contract. Generally, starting this type of business in a good location in a city can cost Rs 25-30 lakh which does not include license fee and earnest money, etc. The determination of earnest money etc. also depends on the sale of liquor at that location in the previous financial year. Apart from this, the cost of opening a Liquor Shop in a remote area can be up to Rs 7-12 lakh. This also does not include government fees and earnest money.

Why is it profitable to open a liquor shop?

Opening a liquor shop is a very profitable business from the point of view of earning, although everyone is well aware of the fact that consuming alcohol or liquor is injurious to health. But despite this, a large crowd of liquor buyers can be seen in the Liquor Shop. Although the history of liquor is very old, in ancient times even King Maharaja used to consume liquor. But at present, its trend has increased so much that people can be seen drinking alcohol on every happy or sad occasion. This is the reason that at present, a large crowd can be seen outside the liquor contracts, even if they are not on the main road but any street corner. Now since Liquor Shop Business is a suitable business from the point of view of earning, so starting such a business is not an easy task at all. And starting this type of business in any one state may be different from another state because different Excise Acts may be applicable in different states.

As we have mentioned in the above sentence that the rules regarding doing Liquor Shop business in different states may be different. But the tender system is adopted by most the state governments to distribute liquor shops. Apart from this, it is also necessary for the interested person to take care of the following things during or before doing this kind of business.

Some of the questions related to how to start a liquor shop:-

Question:- What are the required licenses and estimated cost of owning a liquor shop, bar, or restaurant? How to open a liquor shop?

Answer:- There are various types of licenses for opening a liquor shop and for that, you may have to spend approx 10-a5-lacs on the license for running a bar, Total   it comes to around 50 to 60lacs for a new bar

Question:- How much does a liquor store earn in profit? How to open a liquor shop?

Answer:- This question depends largely on the location of the store On average, liquor stores tend to have an overall profit margin of between 20% and 30% annually. You can aim for a 50% profit margin if you choose (and are allowed to by your state). Restaurants and bars can get away with a much higher profit margin for alcoholic beverages since they’re selling by the drink/glass and not typically selling an entire bottle or 12-pack to the consumer.

Read our other Article to start your shop:-

1. How To Start Stationery Shop Business

2. How to Start a Tire Store Business

3. How to Start Sweet Shop Business

5. How to start a business making Bubble Sheet