How to start sugarcane farming as a Business?? 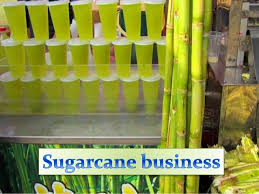 Before sowing sugarcane, there are many other termites in the ground which cause damage to the crop, hence, spraying of medicines is done to eliminate them first. There are many types of insects on sugarcane seeds also, this medicine is also sprayed for their prevention.

The best time for sugarcane sowing is in the months of October to November. Sugarcane production is very good at this time. Sugarcane is also sown in the spring and February.

Fertilizer should be applied to the soil on the basis of examination of the soil of the field. For sugarcane, 150-180 kg nitrogen, 60 kg phosphorus, 40 kg potash, 25 kg zinc sulfate and 20 kg ferrous. Use sulfate per hectare. By applying all these fertilizers at the time of sowing, the fertilizer capacity of the soil will be good and sugarcane yield will also be good. With this, you can also add biofertilizer such as – culture increasing the availability of Azotobacter iron phosphorus should be added at the time of sowing.

Before sowing sugarcane, the field should be well manured, drains 20 cm deep should be made with the help of risers at a distance of 75 cm in the spring and 90 cm in the autumn season. After this, sugarcane pieces should be put in these drains and also sprayed with some fertilizer and medicines for termites such as pests. After this, the drain should be closed by covering the pieces of sugarcane with soil. Even after sowing, if there is an infestation of termites, take advice from an expert.

Diseases and prevention in diseases:-

There are many types of diseases in sugarcane, some of which are as follows –

There are many types of medicines for the prevention of all these diseases, which you should put on the opinion of experts in your field.

This all are the requirements and process for Sugarcane Farming

Sugarcane is sown in the months of October to November and February to March. Sugarcane is sown in the form of media groove, the drain is made by using tractor operated razor at a distance of 90 cm. Small yads make pieces of 22 wa, which are called padi, put them in the drain or gully with hands in such a way that the tip of one pandi should be mixed with the end of the other pandi.

After this, adding manure of cow dung and urea as needed, put it in the drain, and with the help of a sieve or farbade, cover the gully, if you have sown it in drought, then give light irrigation when the new is walkable but estrogen 2 Kilogram per acre should be mixed with 350 to 400 liters of water and sprayed. After this irrigation should be done as per the requirement.

For harvesting sugarcane crop, Kasla or Gandase is needed from which sugarcane is harvested from the field and left and transported in buggy or tippler. When the sugarcane crop is ready, then it is called the sugarcane naulaf. And after harvesting, the pedi is also good. Naulaf sugarcane is harvested in the month of February because it makes its pedi burst well. The pedi does not grow well, because if the temperature is too low, then its crop ie the pedi is not good.