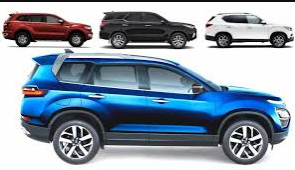 New Delhi: 2021 Tata Safari Launch: Tata Motors today launched the famous SUV Tata Safari (2021 Tata Safari) in a new variant. The company has set a starting price of Rs 14.69 lakh for the new Safari. In the Indian market, the car will compete with Mahindra XUV500 and MG Hector Plus in this segment. Tata Safari was showcased at Auto Expo 2020 under the name Gravitas Code.

The new Tata Safari is being produced at the company’s Pune plant. The first glimpse of this was shown by Tata Motors recently. The company held a flag-off ceremony at its Pune plant to show off the first unit of the safari. Pre-booking of the new Tata Safari has already started. The car can be booked at a token amount of Rs 30,000 from the company’s dealership. This car has been launched in a total of 6 variants. These include XE, XM, XT, XT +, XZ and XZ + variants.

Engine and power OF Tata Safari 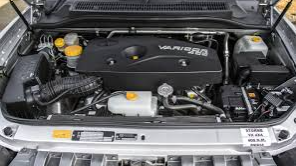 The Tata Safari is powered by a Kryotec 2.0-liter turbocharged diesel engine. This engine has been used in Tata Harrier. This engine generates a maximum power of 170PS and a peak torque of 350Nm. Considering the transmission, this engine can be paired with 6 speed MT or 6 speed AT torque converter. Tata Safari is based on Omega architecture. Which is based on Impact 2.0 design language. Omega Architecture has been acquired from the giant D8 platform for Land Rover. It is used in Tata Harrier.

Price of all variants of Tata Safari:-

Design and look of all new Tata Safari 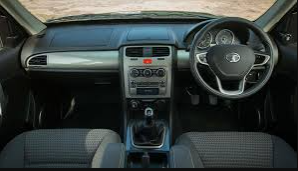 Tata Safari XO Impact Design is built on the theme. For this reason, the Tata Safari stands out from all the Tata cars that have come so far. Its interior has been given attractive and newness.

Safety is taken care of in this new Tata car. It has features like dual front airbags, EBD with ABS and CSC (Corner Stability Control). However, it is believed that all these features will be available optionally from the base variants of this car. While in the top-end variants will be found as standard. 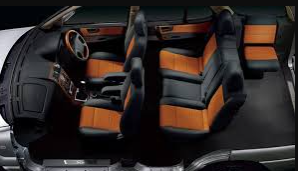 Tata Safari has come with the most features compared to B-segment hatchback cars. This car has many features that will be seen in the segment for the first time. It has an 8-speaker Harman infotainment system. This system supports the juke app and navigation app. Through this app, driver-passengers can play songs from their phone’s play list. Apart from this, the navigation app also gives the way information. City and Eco driving modes are also given in this car.

Tata Motors will launch its famous car Tata Safari in a new variant Safari 2021 in India. The company is preparing for this. Booking of this car has been opened by the company. 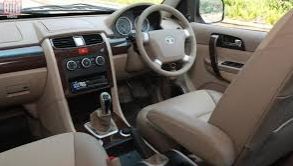 Tata Motors will soon launch its full SUV Safari 2021 in India. Booking of this SUV will be opened in India today. Those who want to buy a new car from Tata Safari. They will be able to book this car on a token amount of only Rs 30,000. The new Tata Safari is a larger variant of the famous Tata Harrier. Both have similarities in look and design. The company has decided to bring its iconic SUV Safari back to customers. It has also tried to catch its popularity.

In view of the festive season, Tata Motors has introduced its entry-level hatchback Tata Safari with some interior updates. The chrome finished door locks of its old rectangular shape have now been replaced with a simple L-shaped door lock.

At the same time, the door grab handles in its interior have been replaced with power window buttons, which are placed in a high position. According to the information, this interior update has not yet been given in Tata Tata Safari. However, it is believed that Tata Tata Safari can also be given this update. 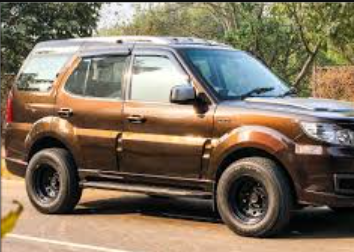 Apart from this, the company has not made any changes in the interior of this car. The top variants of the Tata Safari also feature a 7.0-inch touchscreen infotainment system, automatic climate control, drive mode, ABS, EBD, corner stability control, and rear parking camera along with Apple Car Play and Android Auto.

Talking about the design, the front has a new grille, updated bumper and air dam, thin headlamps under Tata’s signature ‘Humanity Line’ chrome. Its fog lamp has also been redesigned. The company has slightly raised its bonnet according to the new Pedestrian standards.

Talking about its engine, the Tata Safari is powered by a 1.2-liter, 3-cylinder BS6 petrol engine that produces 85 bhp of power and 114-newton meters of torque. The car also gets an option of an automatic gearbox with a 5-speed manual.

Let us know that the company is going to bring the turbo variant of Tata Safari soon, recently it has been seen testing. The company had discontinued its JTP variant, which is believed to be being replaced. Although it may be brought next year.

At present, information about its engine has not been revealed, but it is believed that Tata Safari will be used with a 1.2 liter, 3 cylinder turbo petrol engine. This engine can deliver 99 Bhp of power and 141 Newton meters of torque. It can be given a 5-manual gearbox.

At present, information about its engine has not been revealed, but it is believed that Tata Safari will be used with 1.2 liters, 3 cylinder turbo petrol engine. This engine can deliver 99 Bhp of power and 141 Newton meters of torque. It can be given a 5-manual gearbox.

Tata’s Tata Safari car, which is very popular among hatchback cars, you can bring home for just Rs 3,555. From safety to features and power, this car is excellent and in terms of rate, it is not out of the budget. If you take the base model of the Tata Safari manual car, then you can get it for Rs 4,70,000. 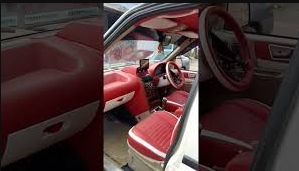 Talking about safety features, this vehicle, which has achieved a great ranking internationally, has two airbags. The first for the driver and the second for the seat next to the driver. Other cars of this budget usually get the same airbag. monthly.

If you are fond of music, then you will also get an 8 speaker sound system. Talking about the powerful engine, it is excellent in the cars of its segment. Not only this, but this car is also good in terms of parking. This car equipped with a rear parking camera will give you a great driving experience. Available in 7 variants, this car also offers a long drive experience.

The exterior design of this car is also superb. From the design of the hood to the bumpers, this car gives a great look. The infotainment system is also very advanced in this car and you can connect it to Android Auto and Apple Car Play.

If your budget is for an Alto or WagonR car and you want to take another car instead, then you can bet on the Tata Safari car. Apart from the Tata Safari, Tata has also launched a number of great cars like Nexon, Altrose, which is fantastic in terms of look to interior design.

Tata has added new safety features to its hatchback car Tata Safari. This Tata car has now become stronger and safer than before. Tata has updated the Tata Safari under the India New Vehicle Safety Assessment Program (BNVSAP) standards.

Tata features ABS, reverse parking sensors, seat belt reminder, and twin airbags in all variants of the Tata Safari hatchback. According to reports, Tata Motors is also preparing to bring facelift versions of Tata Safari and NRG. Both the cars can also be given new interiors with front and rear styling.

Also, Tata Motor may discontinue turbo diesel engines in small cars, given BS-6 standards. This means that the 1.1 liters 3 cylinders turbocharged diesel engine coming in Tata Safari, Tata Safari, and NRG can be discontinued. The company will continue to deliver the 1.2-liter Revotron petrol engine. The 1.2-liter engine gives 85 PS of power and 114 Nm of torque. This engine comes in a 5-speed manual and AMT option. At the same time, its petrol engine gives the highest mileage of 23.84 km per liter.

New Delhi, Auto Desk. Tata Safari Limited Edition has been launched in India for just Rs 5.79 lakh (ex-showroom). In India, this car has been launched with a sporty look, as well as its price has been kept very affordable keeping in mind the budget of the customers.

Built on the XT variant, the Tata Safari Limited Edition is available with a manual transmission, with 3 single-ton color options offered to customers, including Flame Red, Peerless White, and Daytona Gray Colors.

Commenting on the launch of this new variant, Vivek Shrivats (Head – Marketing, Passenger Vehicle Business Unit, Tata Motors) said, “Since its launch in 2016, Tata Safari has been very successful in its segment and has been appreciated by all is. After that, the BS6 version of the product was introduced in 2020 which received a 4-star safety rating by GNCAP at launch,

This made it the safest in its segment. With over 3.25 lakh satisfied customers on the road, Tata Safari has apparently garnered a tremendous market response. We are confident that through the introduction of this limited-time edition and alignment with our new forever philosophy, we will continue to bring excitement to this space, meeting the ever-increasing demand of our consumers. “

New Delhi. Tata has launched its much-awaited car Tata Safari. The company has launched it at an initial price of Rs 3.20 lakh. While its top-end model has been priced at Rs 5.54 lakh (ex-showroom). This car is powered by petrol and diesel models. Has been launched in 5-5 variants. This is the same car from #Tata Safari Tata that was introduced at the Auto Expo 2016 under the name Zica. But it was later renamed Tata Safari. The name of this car has been changed due to the Zika virus. According to the company, it is a unique car with its premium features. Here we are telling you some special things about Tata Safari-